During 2021, we had the privilege of installing more than 50 projects with the ceiling cassette systems. In our experience it does take a considerable amount of skill, planning, and effort to install these units relative to the highwall systems. But for some customers that demand the best in aesthetics and functionality, the extra effort is well worth the results. 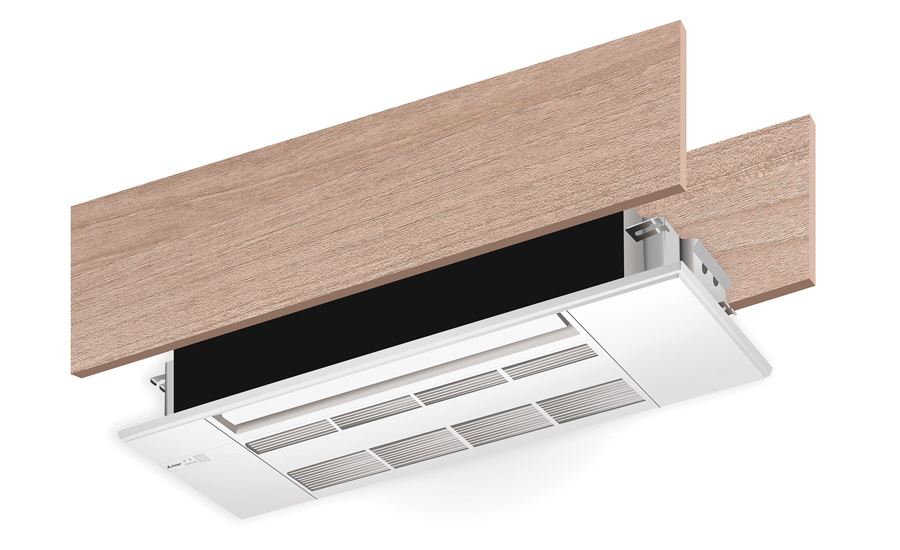 Released on 2018, the Mitsubishi MLZ - EZ fit was literally a game changer in terms of ceiling cassettes for the US market. Prior to the release of this system, the ceiling cassettes available on the market were all rectangular 24 inch by 24 inch. Most American homes are built with the ceiling joists 18 inches off center. So in order to install a ceiling cassette, there was considerable amount of work needed to properly frame and build the support for them. The MLZ system completely changed the game by developing a system that conveniently fits in between the joists of most homes. This significantly reduced the amount of labor needed to install a ceiling cassette.

The rectangular shape also made this system slimmer and more elegant that anything else on the market. This is by far the most innovative and highest rated ceiling cassette on the market.

The Daikin Vista Ceiling Cassette is a sleek and efficient unit made by the #1 air conditioning manufacturer in the world. This beautifully designed unit is the only residential ceiling cassette made by Daikin for the United States. This system is easy to use, feature rich, and has many thermostat controls options. 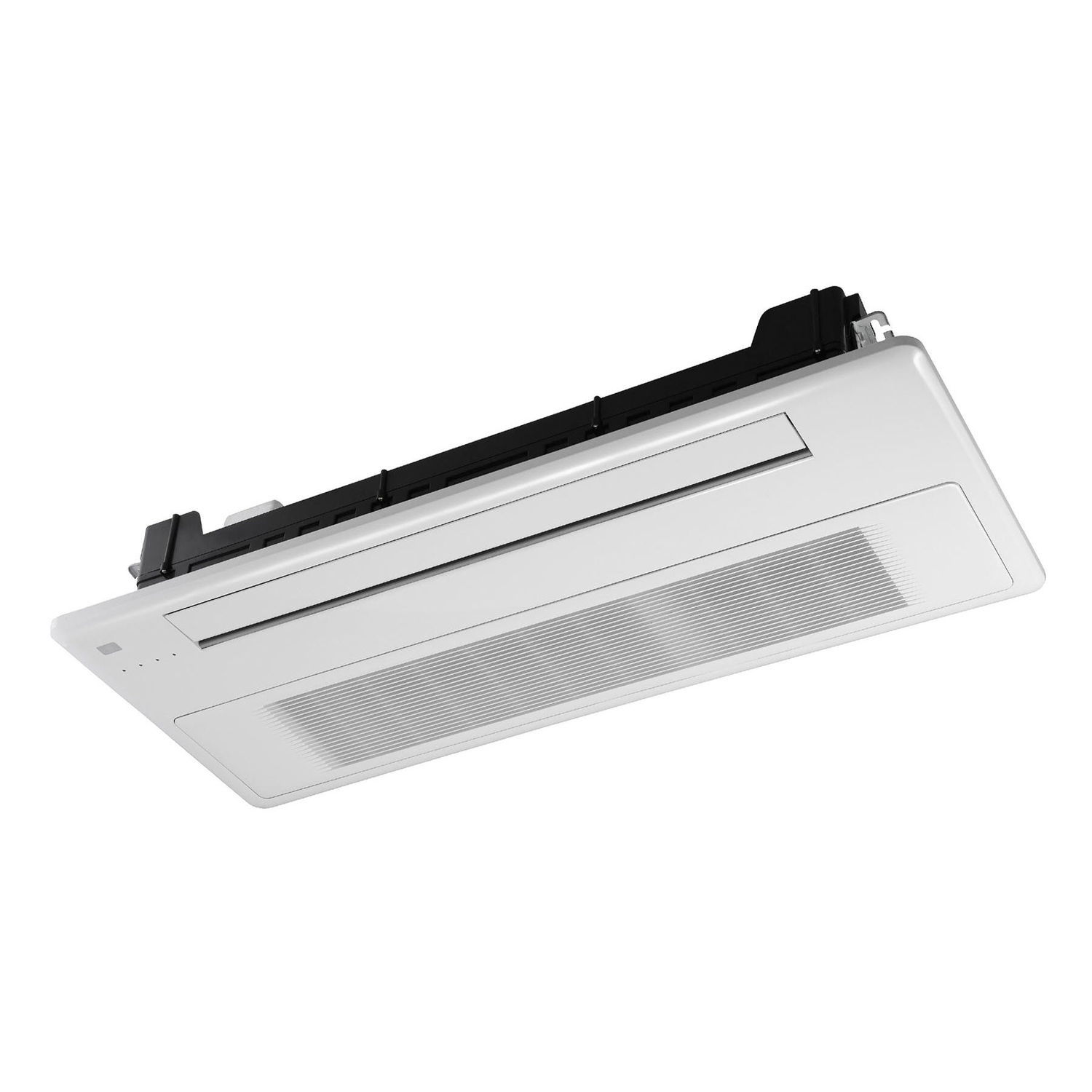 The Samsung Windfree Ceiling Cassette is an alternative to the Mitsubishi EZ fit system. The key selling point of this system is that it is powered by Samsung's wind free technology. The design philosophy from Samsung is to deliver heating and cooling comfort in a way that perfectly suits the occupants while not having the air flow noticeable. It is a novel technology for those that want HVAC heating and cooling but do not like to feel or hear anything. It just works in silence without having you worry about it. 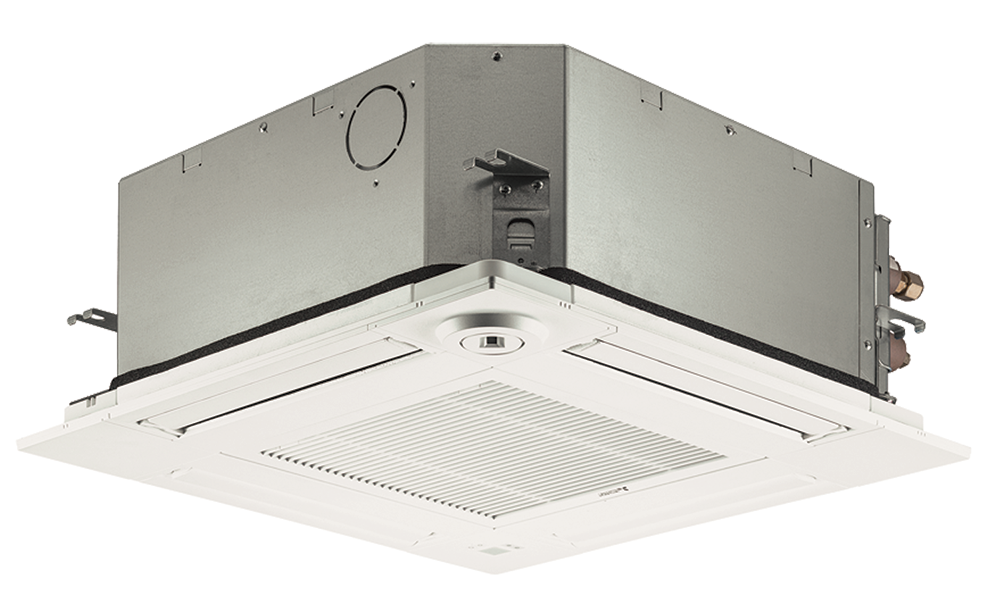 The 4 way SLZ is Mitsubishi's leading square ceiling cassette for the residential market. This system is beautifully designed, high efficient, and has lots of controls options. The square ceiling cassette are often used in new construction for living room spaces. These systems provide more air flow than the EZ fit cassette. They are optimal for use in large open spaces such as family rooms, conference rooms, and large meeting areas. 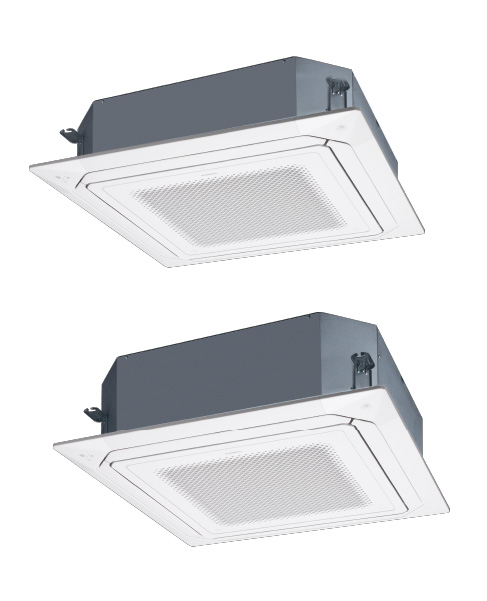 Fujitsu offers a no frills, economical, and efficient ceiling cassette solution. Although the specifications and aesthetics of the Fujitsu system is not quite on par with Daikin or Mitsubishi, they are a solid solution for those that want a middle of the market solution that is also reliable in operation.